You are here: Home » Products » Vehicle Safety » Keyline Northfleet – Side Sensors
A- A A+ 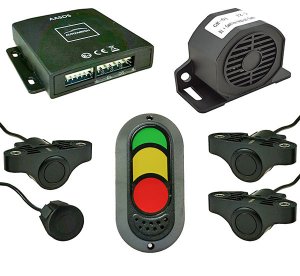 On the near side of the vehicle there are 4 sensors equally placed along the body which indicate when an object or person is within a certain distance when the left indicator is on.

Inside the cab is a “Traffic Light” which indicates how close something is to the vehicle, green being somewhat near and following to amber and red as this object gets closer and closer.

As well as having this mini traffic light to signal proximity of objects next to the left-hand side of the vehicle, there is a speaker just behind the cab on the near side which calls out “Warning: Vehicle Turning Left”.

These sensors and warnings are to protect not only the vehicle and driver, but to protect potential accidents to cyclists and other vehicles that come up close.